This past Mother's Day marked the 3rd Mother's Day for Ryan without his mom on earth.  And it followed closely after  the anniversary of her being born into eternity in April.  I remember the first year as those dates got closer and a conversation I had with Ryan.  I told him that things would get easier as the years went on.  That while he will never forget his Mom and all the things that happened to him, he would get to a point in his life where those days were just that, days. 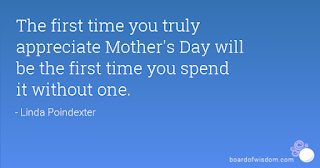 As April 18th approached, we did not make any mention to Ryan about it.  We made sure we contacted his school to let them know the significance of the day, but thought it best to just see how it played out.  Expecting a phone call from the school that day, I was pleasantly surprised when I got a call from Ryan around 3:30.  When I answered the call, his first words were "Are you proud of me Dad?"  When I asked proud about what, he replied "I made it through today without being sad or wanting to leave school."  I told him I was proud of him for dealing with this day for what it is, any other day.  We talked again about the communion of saints and how we are still connected through this. 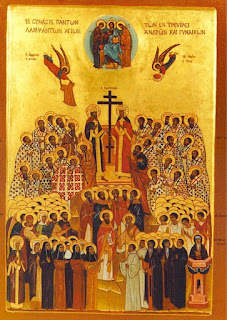 Fast forward about 3 weeks and the next event was Mother's day.  We attended church, the one where Jennie and I will be married, where they honored Mothers and did the May crowning for the Blessed Mother.  Again, Ryan treated this like just another day.  There was no sadness, no tears, just the normal "how much longer" question.  Later in the day as all the kids were swimming, one of his soon to be sisters was asking questions about his Mom.  What was she like?  Was she nice?  Was her cancer contagious?  Is Nana's cancer contagious.  Through all of this, Ryan talked about his Mom with smiles and enthusiasm. 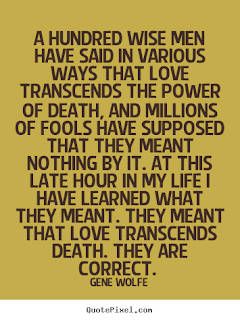 Those words, "You'll get to a point in your life where those days are just that, days" have started to be reflected in my boy's daily life.  It is easy for me to forget that he was just barely 10 when he lost his Mom.  I've known grown men and women whose lives crash down around them when they lose a parent.  Not my boy.  He stood up to the sadness, the fear, the emptiness, the reality that his life had changed forever and he broke through those barriers.  You've come to embrace and love the fact that you have three Moms.  Your spiritual mother, the Holy Theotokos, The one who gave life to you and loves you daily as part of the communion of saints,  Theresa and the one who loves you every day and will for the rest of her days, Jennie. 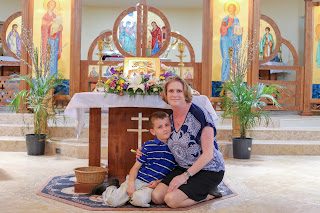 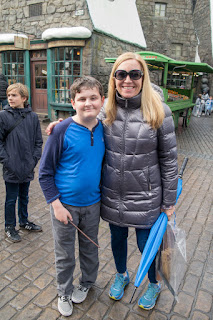 My boy, when you ask if I'm proud of you for doing that.  You have no idea how proud I am for the courage and strength you've shown.  You put most adults to shame.

Five years ago I sat in the front row of my parish church, in front of the icon of the Theotokos, and came to the realization that Theresa... 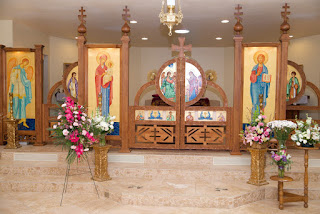