The getting up early, the lack of sleep and constant activity finally caught up to us.  Today we had trouble getting moving.  Not only was it our third day in France, it was Jennie's birthday.  The birthday girl wanted to go to daily mass at Notre Dame and visit the Luxembourg Gardens.  We had reservations for a night dinner cruise on the Seine.  A rather leisurely day, right?

We made our way to Notre Dame and found seats in the second row.  Right before the mass began, a religious sister took down the barrier from the front row and we moved up.  The nun sitting next to Jennie started going on in French and we played the "parlez vous Anglais" card.  From what we could gather she was telling us the front row was reserved for readers, of which there were none.  Oh well, when in Paris!  The daily mass was celebrated in French and after the consecration I wondered off to find a place to get pictures and videos of Jennie receiving the Eucharist...on her birthday, at Notre Dame. 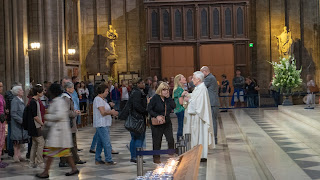 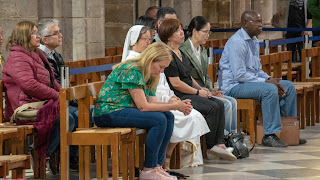 We left Notre Dame and made our way to Luxembourg Gardens.  It was less than 2 miles so we decided to walk.  We made our way through the Latin quarter, past several universities including the Sorbonne.  When we walked through the gates at Luxembourg it was incredible.  Jennie has lived in the desert most of her life and I have been in the desert for 15 years.  You forget just how beautiful a place is that has green grass, trees and flowers.  We walked all around the gardens taking in as much as we could.  We lounged on chairs near a fountain, lounged on chairs in the with Luxembourg palace in the background.  We went on a hunt for the statue of St. Genevieve, which was the last one we looked at.

We received a beautiful icon for our wedding of St. Patrick and St. Genevieve.  We found out that Genevieve was who Jennie was named after and that she was the patron saint of all of Paris. 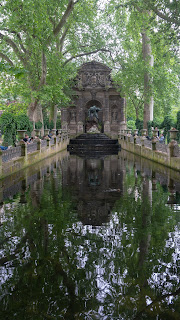 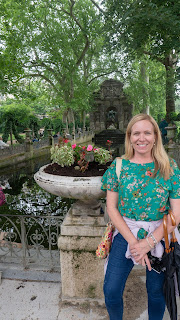 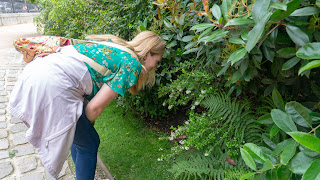 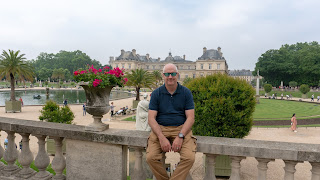 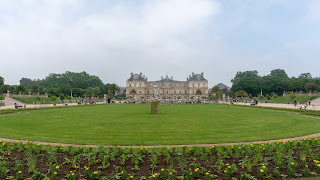 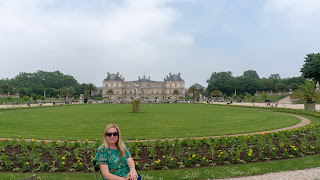 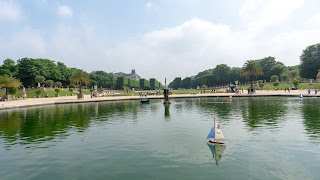 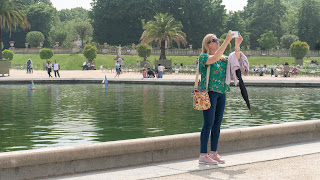 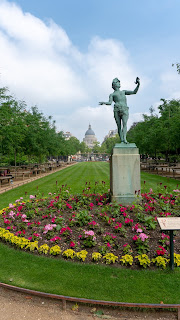 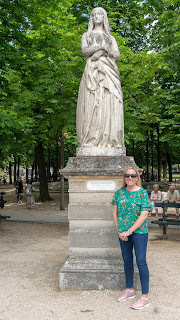 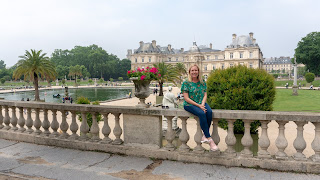 We w
We left the Gardens and walked back towards Notre Dame.  Along the way we found the St. Germain des Pres.  We went inside to look around and found yet another beautiful church.  They had a side altar/shrine devoted to St. Therese, as well as an icon written in Old Church Slavonic.  This was my kind of Latin church!  We left and continued towards Notre Dame where we found a non-descript looking church that appeared to be defunct.  We went inside and the Eastern Catholic in me was pleased.  We had stumbled into a Melkite church, in the shadows of Notre Dame.  It was simple in design with beautiful icons everywhere and an impressive iconastasis.  Through my limited French I was able to find out that Sunday Divine Liturgy was at 11am and we knew that was where we would go. 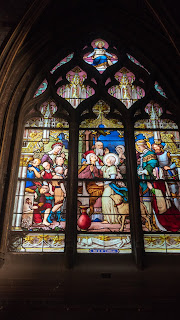 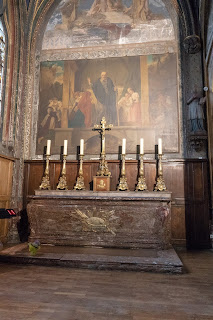 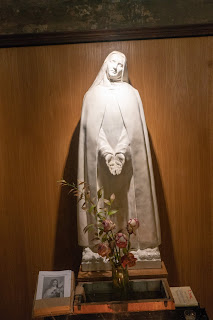 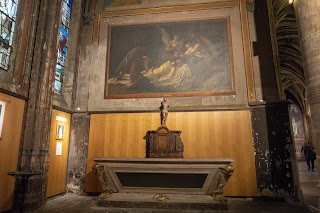 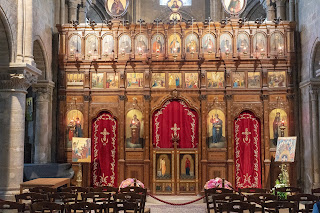 We walked back to the hotel, in a pouring rain, and my beautiful bride was found to be dancing & singing under her umbrella.  We got ready for dinner, grabbed another Uber and found our way to the boat launch on the Seine.  We selected the company Bateaux Mouches for our dinner and cruise.  We were given a table for two, right next to the windows which gave us a great view of the city going by.  It was a great dinner, except for the nasty cheese they gave us prior to dessert.  We were able to enjoy the view, enjoy the foo, enjoy the wine and enjoy the company for almost 2.5 hours.  The timing of the cruise brought the Eiffel Tower into view at dusk and all lit up.  After the cruise ended, we took another Uber back to the Hotel and called it a night.


Eiffell Tower at Dusk from Patrick Cullen on Vimeo.. 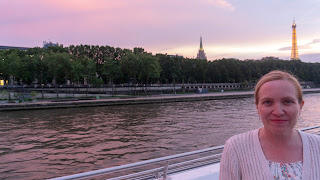 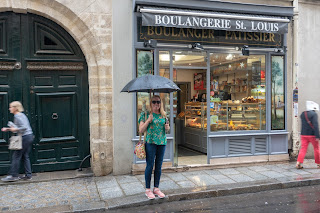 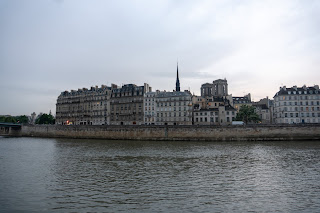 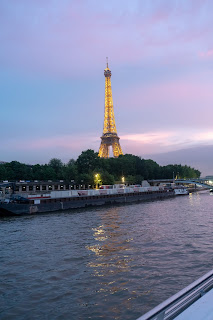 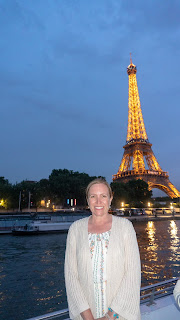 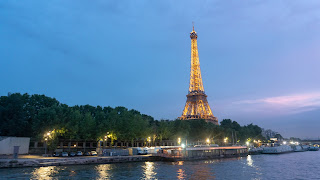