You Still Believe in God?

Following on the heels of my rant about people and their opinions about widows, I want to address the one question that many people ask me.  So, after all that you've been through, why are you still a believer?

The answer to that question is complex, and can be a long and winding explanation.  I'll do my best to try and keep it short.  I have written about my journey away from the church, out into the world and back on another page.  To summarize, boy grows up Catholic.  Boy wants to become a priest but his vocations director leaves priesthood to get married.  Boy gets married outside the church and runs far away.  Boy becomes a father and runs back to the church. The end. 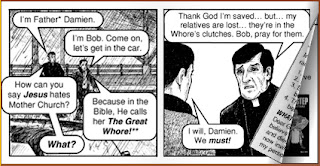 The reality is when I found my way back to the Eastern Catholic church, I found myself all-in.  Through participation in the liturgical cycle of the church,  I convalidated my marriage, I found my way back to confession and ultimately found myself sitting in the seminary studying to be a deacon.  My reversion was strong and Diane Feinstein would have said, "The dogma lives loudly in you".  Through all the study, participation in Liturgy and giving of myself to the parish I came to see what it means in John 1:16 "From His fullness we have all received grace upon grace." 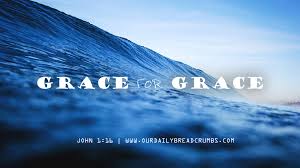 Just how full was my "grace tank" began to be revealed to me in 2015.  That was when Theresa was diagnosed with breast cancer, 2 days before I left for the seminary.  Upon returning to Arizona, it was 9 months of bad news.  Every time we hoped for something good, something bad came instead.  Yet, every time bad news came our way, I could see the grace inside of Theresa working.  She was scared.  Scared for what was coming her way, scared for what was coming to Ryan and I.  Yet, she held firmly to the promise of the Resurrection.  When her birth into eternity was close, she was given the grace of having 2 priests give her the Anointing of the Sick.  She fell asleep in the arms of the Church, with the firm promise of what was to come.  And after that, my "grace tank" began to drain.

When I was accepted into the deacon formation program, my priest said to me "Congratulations, you now have a giant bullseye on your back."  You have decided to give yourself in service to the Lord and you will be tested.  In the months after Theresa died I found myself starting to go through the motions.  I would still attend Divine Liturgy every Sunday, but my other service to the church began to wane.  No longer did I attend every solemnity.  No longer did I attend vespers.  I found myself doing the minimum things necessary, and not really doing those things very well.  I found myself writing theological papers that received the highest grades, at the same time wondering if this was real.  Yes, the 2nd year deacon candidate was starting to lose his faith. 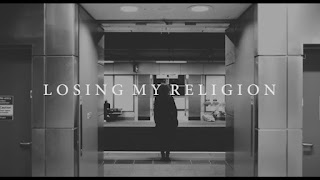 When I returned to the seminary for year 3 I was blessed with a beautiful fiancé.  That new relationship caused some issues for me with the seminary staff and those issues, coupled with the doubts I experienced throughout year 2 made the decision to leave formation easy.  Once I left, my faith was further tested by a priest who didn't seem all to interested in my new fiancé and was less than welcoming when we approached for marriage.  Added to that was Ryan having issues with his mom's death and declaring, "How can we know for sure there is a God?"  Or, "how do we know that we were created by a God and not by the big bang".

By the time I moved to Phoenix in December 2017, my tank was down empty.  Once I left deacon formation, I stopped reading and studying the faith.  My attendance at Divine Liturgy was only done out of a sense of obligation.  In short I went from "why would you not go to Liturgy" to "Do I have to go to this Liturgy".  This state of emptiness went on for many months.  This all reversed course one night when Ryan declared, "I don't believe in God.  The earth was created from the Big Bang, not through a God."  Not sure how to respond to that, I took a blank sheet of paper and had Ryan draw a picture on it.  I put some words around the picture and drew a bunch of lines all over the page.  I took the paper, cut it up into a bunch of small pieces and tossed all the pieces up into the air.  I asked Ryan  how many times would we need to throw the paper into the air before it landed on the ground in the same condition it was before I cut it up.  He said it never will.

That's when I said to him, "Those who believe in a random Big Bang, devoid of any intelligent design, believe that is exactly what happened.  A bunch of matter exploded and formed life as we know it."  I said, "what do you think the chances of that happening perfectly to support life as we know it was completely random and without intelligent design?"  He said, "probably as much chance as the paper coming back together."  I dusted off my Theology books and turned to the section about Thomas Aquinas and the first mover.  I explained the principle that every object at rest remains at rest until acted on by another force.  That force is God. 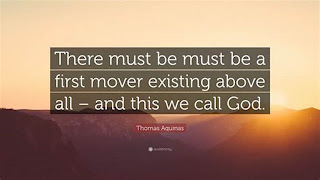 And that dialogue between a boy and his Dad started the process of filling up my tank again.  I was quickly reminded of how the strong Theresa's faith was, in the face of absolute terror. I watched her grow from a woman whose horrible childhood family dynamics hung over her like a dark cloud to one that could stare in the face of death and say, "I am ready, I want to go home. I have made my peace with everyone and am ready to stand before the fearsome judgement seat"  I've witnessed a 10 year old boy deal with the death of his mom and all the struggles and doubts that come from that.  That same boy is able to sit down and have a conversation with his mom, reflecting on what the Resurrection means. That faith can only come through grace given from the Trinity.  I started praying again, I started to read and study the faith again.  And most importantly, I moved from Do I have to go to I can't wait to go. 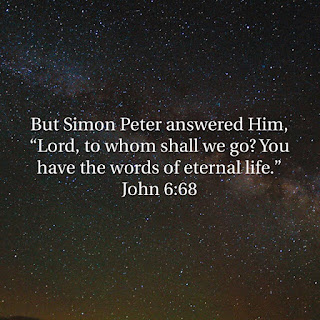 My tank is far from full and in some aspects I don't think it will ever be as full as it was when I applied for application into the seminary.  When people ask me, "You still believe in God after all that you've been through?", I happily answer "Yes, to whom else would we turn to?

All Will Be Revealed, You Will Have No Questions

One of the things that has stayed with me from Theresa's Divine Liturgy was the homily given by Fr. Robert Rankin.  At one poi... 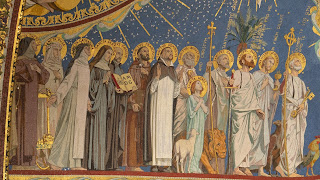