What the F*&K Are You Even Talking About

What the F*&K are you even talking about?  This is something that has come to my mind recently, along with several other key times in my life over the past 5 years.  Sometimes we don’t what to say.  Two things usually happen in this situation.  First, we don’t say anything.  Second, our mouth opens up and says what it wants to say.  Some of the events that caused this reaction were: 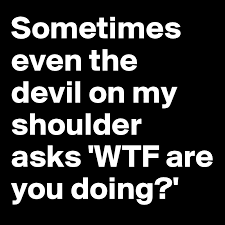 February 2, 2016 when a reconstructive surgeon told Theresa and I that he believed all of the issues she was seeing on her skin was inflammatory breast cancer.  What the F*&K  are you talking about Doc?  We have been undergoing the gold standard breast cancer treatment over the past 6 months.  What?

February 19, 2016 when a phone call from Theresa told me that the PET scan revealed multiple hepatic and osseous lesions indicative of metastatic disease.  What the F*&K are you talking about?  How did we go from good margins with no lymph node involvement to metastatic breast cancer with spreading to the chest, femur and brain? What?

October 22, 2019 when my cell phone rang while running on a treadmill with my wife telling me that I needed to come home, her dad is dead.  What the F*&K are you talking about?  You saw him 3 days prior, he was perfectly healthy and was did not have any known underlying disease. What?

February 1, 2021 when a co-worker and I returned from an errand out of the office and another agent told us that Jimmie was found dead that morning.  What the F*&K are you taking about?  I just talked to him on Friday.  He was the same, obnoxious, funny, person that we all knew.  What?

February 2, 2021 when that same co-worker asked me if I had heard the news out of Florida.  Two FBI Special Agents were shot and killed during the execution of a federal search warrant for Violent Crimes Against Children.  What the F*&K are you talking about?  I’ve been on many of these types of warrants and made it out alive.  What?

I have written many times about the problem of why bad things happen to good people.  Why is it that some really bad people seem to hit the gene lottery and live well into their 80’s or 90’s, all the while being “shit-heads”, while other people seem to be losers in the gene lottery, dying of some unknown reason at 42, metastatic breast cancer at 44 or heart disease at 67.  It truly rattles your nerves when you see good, moral people, dying at a young age.  How do you even begin to process things when death comes calling for your person? 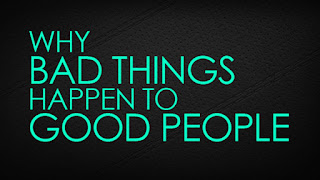 The events of this week stirred up some things in me that had been lying dormant for a while.  3 FBI agents dead leaving 3 spouse and 6 children to pick up the pieces and move forward.  Why move forward?  Because that is the only thing that humans get to do.  We do not get to go backwards and we can not stay where we are, especially when there are 6 children that need to move forward and will look to the serving spouse for guidance.  In the case of the agents killed, I had an intense desire, a near rage, to want to serve justice and vengeance on their killer. 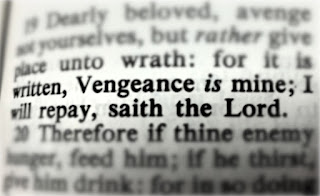 3 young spouses who are going to have to navigate the world of being a young widow.  It truly is not for the faint of heart.  In a world where divorced people are kind of like "a dime a dozen”, they just entered into a pretty exclusive and crappy club.  If and when they choose to embrace someone new, they will all face that scrutiny that they aren’t doing it right; they are moving on too fast; they must not have loved their former spouse that much since they are already moving on.  They will find themselves in this strange world where the person they choose to move forward with, or just date, doesn’t have any frame of reference to their world and sometimes can not deal with it all.

They will find people who are not secure enough to be the one that comes after.  They will meet people who can’t understand how a person can still love their first spouse and yet give themselves totally to their new spouse.  This comes from the divorce culture we live in.  You see, our marriages ended because God said so and took our spouses.  Their marriages ended because one or both just stopped loving each other.  Even when we find the right person, there are many issues that will come up, primarily driven by the way the divorced spouse was wronged in their marriage. 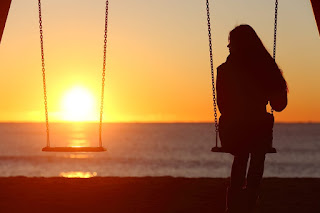 We widows come from good experiences in our marriage.  When it is all said and done, the divorced spouse has a harder time in a second marriage than the widowed spouse.  I had a great marriage and would be working on 26 years if God had not taken my first wife. Yet, one of my insecurities comes when Jennie goes on a road trip alone. I have this irrational fear that I will get a call that she is gone.  It is left over baggage from my past trauma and it is just something that I’ve had to learn to live with.

On the other hand, Jennie had a terrible marriage with a jackass spouse who brought so much insecurity to her life. She also has irrational fears, albeit different ones than me.  That I will eventually stop loving her and choose to check out of the marriage.  Just like my irrational fear, this is leftover from her first marriage and is something she has had to learn to live with.  Add to this that she still has to see her first spouse, deal with him in the joint raising of children and see the same manipulative, narcissistic tendencies come out while dealing with the children. 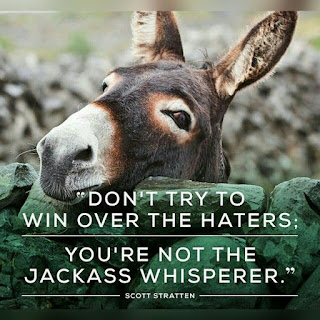 This is why the news this week hit me so hard.  3 spouses having to go through the pain of burying a young spouse; having to walk a treacherous path with their children and try to bring some semblance of normalcy to their broken world; having to deal with the fact that regardless of just how much people say they are going to help you and be there for you, it all goes away in a fairly short amount of time.  3 spouses, if they choose the path of remarriage, who will have to deal with all the sideways glances, murmurs, questions about just how much they loved their first spouse, comments that you are moving on too soon, comments that you need to move on with your life.  They will have to learn how to navigate the world of broken marriages and broken spouses who have a hard time understanding how they can still love their first spouse.  They will have to learn to “bite their tongue” when the biological parent makes their new spouse miserable and the kids suffer for it. 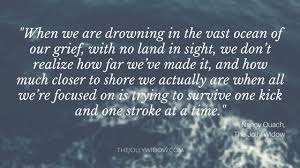 Having walked this crazy, and pardon my French, shitty path, there is an aching in my soul for what they are enduring right now and will continue to endure for months and years to come. As I have said before, I will say it again.  If you have not walked in the shoes of these young widows you would be best served just to keep your mouth shut.  Rather to be thought a fool and jackass than to open your mouth and confirm those suspicions.

What I would tell each of those spouses about the road they are going to travel is that it will get better.  Follow your instincts when it comes to helping your kids navigate this road.  Take time to listen to them, but also take time to listen to yourself.  You will know if and when the time is right to consider opening up to someone new.  Do not let others influence you or make you feel bad about any decisions you make.  I can promise you when the right person comes along, you will know it and you will feel like you have been given a new lease on life. 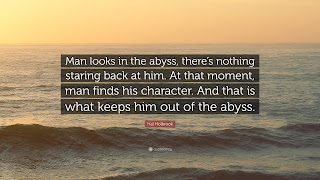