Challenges of Blending - 4 Years In

We marked our 4th wedding anniversary on June 2nd and we spent that time in Puerto Penasco, Mexico with Ryan.  The girls were with their dad on a national park roadtrip.  After we got home, we had the girls for a couple of days and they were off again for a one week California trip with their Dad.  They returned last night on Father's Day to settle back into our weekly routine.  When we decided to marry 5 years ago and blend our two families, I don't think either of us could have predicted just how difficult this task would be. 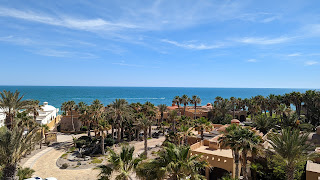 We came to our new life by vastly different roads.  I came to our new path a widow in my 40's with one boy from my first marriage.  Losing his mom at 10 years old and moving forward on a new path has been a rocky road for Ryan.  Maybe it was pie in the sky thinking that he would openly accept a step-mother.  The reality is he tolerates a step-mother and that has caused many issues for us in our four years of marriage. Added to that was living with and taking care of my Mom for the first 3 years of our marriage.  While Jennie agreed to take on that task, it caused way too much stress in our house.  I am grateful for the time that Ryan got to spend with his grandma, but I wonder sometimes if that situation caused more trouble for us than it was worth.

Jennie came to our new path via divorce from a serial cheater husband.  When we first met and eventually started talking about blending our families, she had primary custody of her three girls.  The girls dad would see them every other weekend, leaving most of the burden falling on Jennie.  As things started to get serious, we explored having the girls move to Tucson and we had an initial agreement on the part of their dad.  That did not end up happening as he reneged on his agreement and pushed for 50/50 custody.  To make it possible for us to marry, I transferred from my office in Tucson to our main office in Phoenix. 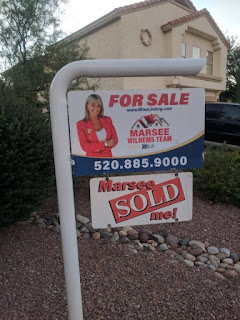 The reality is that one side of the equation was going to have to make a change in order to push forward as a married couple.  If I didn't relocate, it was going to be Jennie that relocated.  The reality is it would have been more of a change for the girls as they were entrenched in their school; they had grandparents and a father in Phoenix.  For Ryan and I, while we had lived in Tucson for all of his life, our ties to that area were not much:  work family and parish family.

One of the biggest issues in our blended family is that we have an unequal yoke with regards to our children's other parent.  On my side of the family I am the only natural parent in the picture.  There is no ex-wife to deal with, no splitting of custody with Ryan's mom.  He lives in our house 100% of the time and all of the parenting falls on us.  On Jennie's side of the equation, her girls live with us 50% (or so) of the time.  She was forced into a custody agreement that she did not want.  Regardless of what her ex-husband says, I believe he pushed for 50/50 custody only when he saw Jennie moving on with her life.  I would love to have a crystal ball and see what would have happened on the custody front had she never met me.  My guess is she would have retained primary custody, but I could be wrong on that. 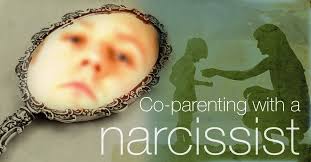 With this 50/50 agreement, we never have a chance to get into any rhythm with the girls.  They are with their dad every Monday/Tuesday; with their Mom every Wednesday/Thursday and they alternate weeks on Friday, Saturday and Sunday.  We get them for 5 days, they are away for 2, back for 2 and away for 5.

The next issue that has arisen over our time together is dealing with the girls dad.  Much could be said about our situation and the challenges that come out of it.  But one thing is for sure...Jennie does not have to deal with an ex-spouse meddling in our marriage.  Ryan does not have one set of rules in our house, with a completely different set of rules in the other parent's house.  For example, he is off his computer at 8:30 every night and in bed at 10:00 every night.  Outside of a select events, that schedule does not change.  The same can not be said for the girls.  When they are with us, Jennie tries to enforce a regimented bed time, but the push back is strong.  Why?  Because when they are at their Dad's house, they are still on their electronics towards 11PM or so.  When they return home, it is always a battle to try and enforce the rules of the house.

Ryan knows why my marriage ended.  It ended because Theresa died.  We had a good marriage, we had a happy marriage.  Had she not gotten sick, we would still be living in Tucson approaching 30 years of marriage.  The girls do have some idea of why their parents marriage ended.  However, they have been give a one-sided narrative, provided by their father, on why the marriage ended.  When he finally had to talk to his oldest about that topic, he could not answer the question openly and honestly.  There was a spin that he put on it, ultimately making it appear that his wife did not make him happy and there were red flags before they were married.  After he had that talk with his oldest, she was cold towards her mom for nearly a year.  She was essentially told her mom was not a good wife, who had many red flags and ultimately "forced" his hand toward infidelity.  My suggestion was for Jennie to tell her side of the story but she chose to not due so to avoid "poisoning" the girls view of their dad.

One of the hardest things for me as a husband is to know how difficult my wife's first marriage was.  Part of this knowledge was self-inflicted.  When we were cleaning out Jennie's house for sale I came across an old laptop that needed to be trashed.  I pulled the hard drive and was going to wipe it.  Being of the investigative mindset, I imaged the drive and did a forensic analysis of the drive.  In that analysis I found 18 months of chat history between the ex-husband and a large number of women.  While he may have admitted to being with a few women, that number was much higher than Jennie had been told.  Add to that the fact that her ex-husband has put much blame on her when talking to the oldest about why the marriage failed and it is a recipe for pure anger.

When we talked to her parents about getting married and asking her dad for her hand, there was an interesting conversation that came out that evening.  I had always thought it was forgiving of her parents that they had overlooked all the evil that was done to their daughter and continued to have a relationship with her ex-husband.  I had told Jennie if my son-in-law had done the things her ex-husband did to her on my daughter, I would likely have knocked his teeth down his throat.  It turned out that it wasn't so much forgiveness as anxiety.  The concern was if something were to happen to Jennie, they were afraid that the girls dad would move them away and they would not see them anymore.  The emotional side of my brain understands that position. The rational side of my brain says it doesn't matter how they treat him, he would do whatever he wanted to do if it were to come to that situation. 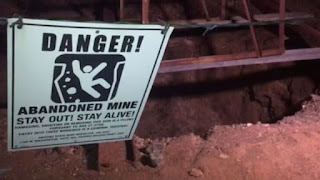 Please pray for our family.  This blending experience has been one of the most difficult things I've worked on and looks to continue being difficult for the near future.