The Only Constant Is Change

"Truly, truly, I say to you, you will weep and lament, but the world will rejoice;  you will be sorrowful, but your sorrow will turn to joy."

SA Young died on the same day that Theresa did 5 years ago.  One big difference between his repose and that of Theresa's was the suddenness of it.  I knew for some time that things were going to end and in a rather short order.  SA Young's family did not have the luxury of knowing when his last day was going to be.  When I heard about SA Daniels and SA Young I thought of how this was going to affect their spouses and children.  I know the path that they are being forced to walk.  I'm not going to sugar coat it, it sucks.  It is like walking through a minefield, not knowing where the next blowup is going to come from.  It is a year of firsts without your spouse, without your children's parent, that always has the potential to blow up.  It is getting through the first year to realize that the second year might be more difficult than the first.  It is a journey of sad times, good times and many stops along the way. 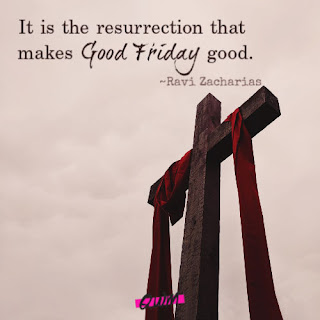 As I listened to Fr. Jayson this morning, he said one thing that stood out to me.  He laughed, pointed to his collar and said because I wear this I will say this.  In my tradition we know the cycle of sadness that turns to joy.  You get the joy of Easter Sunday only after the sadness of Good Friday.  That really does sum up our short journey in this life.  We experience intense sadness at times as well as intense happiness at other times.  And in between that continuum of sadness and joy we experience many spots along the way.  As the title says, the only constant is change.
I was reminded of that as I rode the elevator this morning with a fellow employee, Pete.  He and I both were in Tucson for a period of time before he transferred to the El Paso office.  He and I share the sadness of having lost a spouse at a young age.  In May 2015 he and his family set out for a roadtrip in Texas.  They experienced a tire blowout which caused their SUV to roll over at freeway speed.  Killed in the accident were his 38yo wife and 3 kids 18, 14 and 11.  Pete woke up in a hospital to find 4 family members dead with one 6yo child surviving.  5 years ago, not yet a full year after this tragedy, he came to the funeral Divine Liturgy we had for Theresa.  I don't know how he did it but he did.  When I moved to Phoenix I realized that he had transferred back to Phoenix and had married again.  As we rode the elevator today I asked him how his wife was doing since she is about to give birth to a child.  The cycle of intense sadness and intense joy is played out in his life.  He smiled and said she was doing well and that her due date was in June.  The only constant is change. 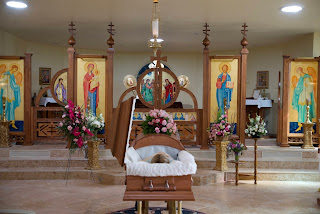 At some point in the past few years Jennie and I merged our Google Photo account and we see pictures of our lives, before we met and after we met.  Yesterday the photo memories that popped up for me had pictures from Theresa's funeral.  On the same day, albeit a different year, the photo memories were of a beach vacation Jennie and I took.  We have experienced that cycle of joy and sadness many times during our lives together.  We had the joy of being married and visiting France, followed shortly by a change in my Mom's health.  We went through the joy of Jennie and the girls spending the day with her dad at a pumpkin farm followed shortly the sadness of his sudden death.  This ebb and flow of good and bad reminds us that the only constant is change. 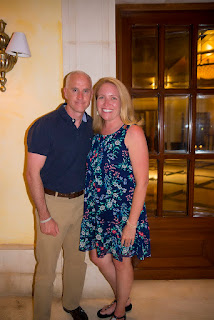 For anyone reading this who may be about to walk the journey I have walked or is currently walking that journey, remember that we experience good times and bad times in our lives.  It is the natural rhythm of life.  One of the things that helped me get through that journey was my faith life.  When Theresa reposed my  "grace tank" was full.  I completely depleted that reserve and went into a grace deficit.  As time marched on, I have gradually been able to refill that tank through all the good times in my new families life which has helped me to get through the bad times.  Now is the time to work on building up your reserves.  As the past 24 months have shown, bad things happen all the time and usually happen unexpectedly and rapidly.
In your kindness please pray for the souls of all the people mentioned above and for their families who are walking this journey.  They are moving forward because the only way to go is forward.  Pray that they will receive the graces needed to find joy and happiness despite the tragedy they have experienced.